The Power of Pink

Cape Town is known for its breath-taking scenery, mouth-watering cuisines and various indoor, outdoor, night and day activities guaranteed to keep you occupied. And can we please take a moment to discuss just how gorgeous the people in Cape Town are? We could probably keep going, but we all have things to do, so let’s just get to the point. Ever heard of pink money, pink pounds or pink dollars? Well, here in SA, we have the pink rand. 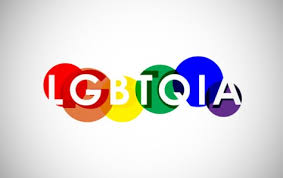 THE POWER OF PINK

Pink money refers to the spending power of the LGBTQIA community. In 2016, the estimated buying power of the American lesbian, gay, bisexual and transgender adult increased by 3.7% to $917 billion per year, matching the disposable income of other American minority groups. In 2015, an estimation of £70 billion pink pounds were earned and spent by the UK LGBTQIA community. Today, Cape Town is home to a massive queer population. It is believed to be one of the most developed LGBTQIA communities on the African continent. It makes sense seeing as South Africa was the first in the world to constitutionally outlaw discrimination based on sexual orientation.

South Africa was also the first country in Africa (and the fifth country globally) to legalise same-sex marriages. It’s because of this that Cape Town has become a haven and a preferred destination to many foreign same-sex couples. Making the local and international LGBTQIA markets extremely lucrative. Voted as one of the top five gay travel destinations, Cape Town has over 100 gay-friendly venues, including bars, clubs, businesses and organisations. It is believed that the pink rand contributes to approximately 3.8% of the GDP – that’s about R152 billion!

In 2012, Lunch Box Media, a marketing and advertising agency, conducted a study on the LGBTQIA community in South Africa. With just over 600 online participants, this study is believed to be the most recent and the largest comprehensive LGBTQIA consumer survey in South Africa’s history, but may not represent the entire LGBTQIA community. The study indicated that 59% of responders considered themselves brand loyal, while 76% indicated that they would support any brands who advertise with pink media. The survey also found that 81% of respondents shop online, which is a considerably higher rate when compared to non-LGBTQIA consumers.

This however may only refer to the upper middle LGBTQIA group as the research only reached individuals with internet access. Brands like Apple, Levi’s, Diesel, Guess, Samsung, Sony, Calvin Klein, Prada and Tag Heuer – amongst others – were found to be the preferred luxury brands. 71% of the respondents are also pet owners, and no amount is too high when it comes to fur babies.

So, what does all of this mean for South Africa? It means that there is a gap, a need – one allowing the corporate, brand and advertising industry to tap into a market that is flush with disposable income. Let’s step away from generalisations, though. The idea that all LGBTQIA community members are high-income earners with no children is outdated. The community stretches across all income groups, demographics and territories. Looking at the South African economy alone, it’s clear to see that the community includes both rich and poor folks, and with adoption in same-sex marriages being more accessible, more LGBTQIA households include children, providing more opportunity businesses to start ‘thinking pink’. 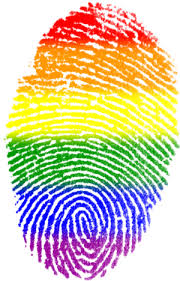 WHAT CAN WE DO?

The LGBTQIA community is a diverse group of people with no one-size-fits-all formula to define it. As all good marketers (should) know, a good campaign begins and ends with a total market approach. Inclusivity is the name of the game here, folks. Broaden your business horizons, touch new lives, and grow personally and professionally by welcoming every single person on the planet without reservations. This is where you’ll find success, no matter the colour of your rands.