The Life Of Pablo

The Pablo weekend (19 – 21 August) three things happened: Kanye made a fortune, parents went bankrupt and students got broke. Well excluding those with business acumen who sold the Life of Pablo Merchandise at (almost) 100% or more profit. Notion: this will explain the revenue McDonalds has made from their Cheeseburger meals, last week. Whether the revenue was due to pennilessness, a Kanye Hype withdrawal or a severe case of customer dissatisfactory paradigm, or all the above – it’s still unclear. I do however know in cases of Pop-up stores, [Uncle] McD always indirectly benefits.

A few customers experienced dissatisfaction, otherwise known as cognitive dissonance, with The Life of Pablo tour merchandise. The cognitive dissonance stems from the Gildan label left on the clothing items, which the original value was approximately 90% less than the Pablo branded items were worth. Gildan is a Canadian manufacturer of branded and non-branded (activewear) clothing that is used by many companies, brands and celebrities; Anti-Social Social Club (ASSC) an American streetwear brand being one of them. There are other merchandise companies Kanye has used before such as Bravado― a much more involved company than Gildan. I suspect Kanye used Gildan as with Gildan DONDA, Kanye’s creative agency, would be in control, apply their creativity and cut unnecessary costs.

Earlier this year, March, Kanye had a pop-up store similar to the Pablo weekend’s pop-up stores and reportedly made a million dollars. It was the same products as the products of the Pablo weekend pop-ups. Moreover, many people knew about the quality and the Gildan label, then and now, and still went to buy the Life of Pablo Merchandise. Yes, a few were dissatisfied but I’m sure it had and has been remedied now. So what does this say about consumers and consumption? Does it say consumers are gullible? Do the consumers really don’t know what they want? Does it say consumers only want the next best thing?

Here’s what I think: We are a ‘me, myself and I’ society (and I’m generalising) and therefore everything we do, buy and consume is about: what is says about me, [I’ve] done or bought it myself and I have it. It’s never about the significance, the value or the benefit of the product beyond ‘me, myself and I’. Thus, the consumer, specifically for this market, doesn’t care about the price or value except the ‘me, myself and I’ benefit. And it works for them.

We can’t talk anything Kanye-related without talking about Kanye. So why did he do it? To do this the second time and still not be bothered to remove the label is too much of a mistake to be a mistake. What is he saying, what message is he sending out to his fans? What does it say about the Kanye brand?

My opinion: Kanye is a walking hype machine and Publicity Stunt personified. Mr. West is an advocate, if not an ambassador, of ‘me, myself and I’. He is all about self-promotion and preaching nothing but Kanye. The Pablo merchandise did include: “I love you like Kanye loves Kanye” – proof of evidence. And let us be honest, demand vs supply here was at excess demand, and Kanye saw a market opportunity to make profit and the market be in equilibrium.

If you are a brand leader, strategist or manager and your brand pulled a Kanye, let’s just say there’ll be serious damage control happening for the next couple of weeks, if not months. But this is Kanye, the Kanye Brand; which by the looks of things, seems to be untouchable. The ‘damage’ only seems to be fuelling the Kanye West brand. And maybe Beyoncé is right, “He talk/walk like this ’cause he can back it up.” #EGO

DONDA is a creative agency named after the late Donda West, Kanye’s mother. Kanye is planning to turn DONDA into a dynasty of everything. He is starting with baby steps aiming to be the modern Medici family of Hollywood and Art. The DONDA plan, or manifesto, is genius and the way Kanye talks about it too – you can’t help but want to contribute. DONDA, thus far, has surpassed many creative agencies in the game. Using guerrilla marketing in their campaigns and executing them skilfully and brilliantly, this company is most definitely not a fad. They may be struggling for funds, but they are making it up with the extreme and creative hype they are generating.

I am convinced they borrow their strategic steps and manoeuvres from The Art of War, Chapter 3: Attack Stratagem. It will also explain the semi-covertness of employees of DONDA. Aside from those mentioned in the work below, it is rumoured the real DONDA creative ninjas are from all over the world. Using everything they’ve learned from their line of work to make the DONDA empire reign. 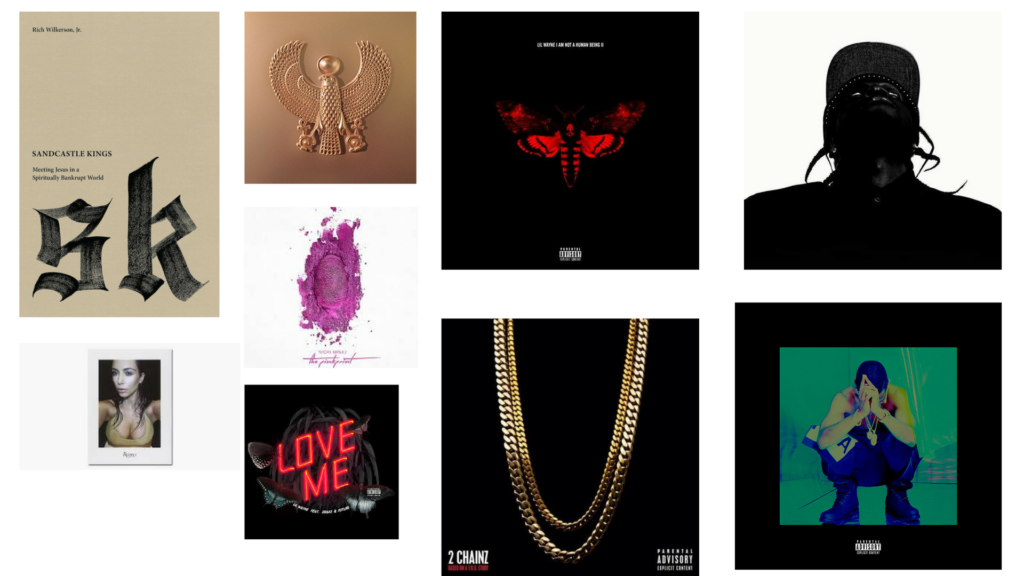 Other work by DONDA includes the New Slave campaign music video launched using Guerrilla Projection Advertising, a type of Guerrilla Marketing. This is just another proof DONDA is making its mark. Personally I feel this was a statement on its own. Though the lyrics are crass but the message is clear. Everything about the New Slaves Campaign was strategic. It was not about the hype, even if that’s what the majority see.

And I guess that’s what Kanye wants his market to see, especially with the direction DONDA is heading.

If you are going to do something, do it well and do it unapologetically. Tell people about it and those seeing the vision will join.